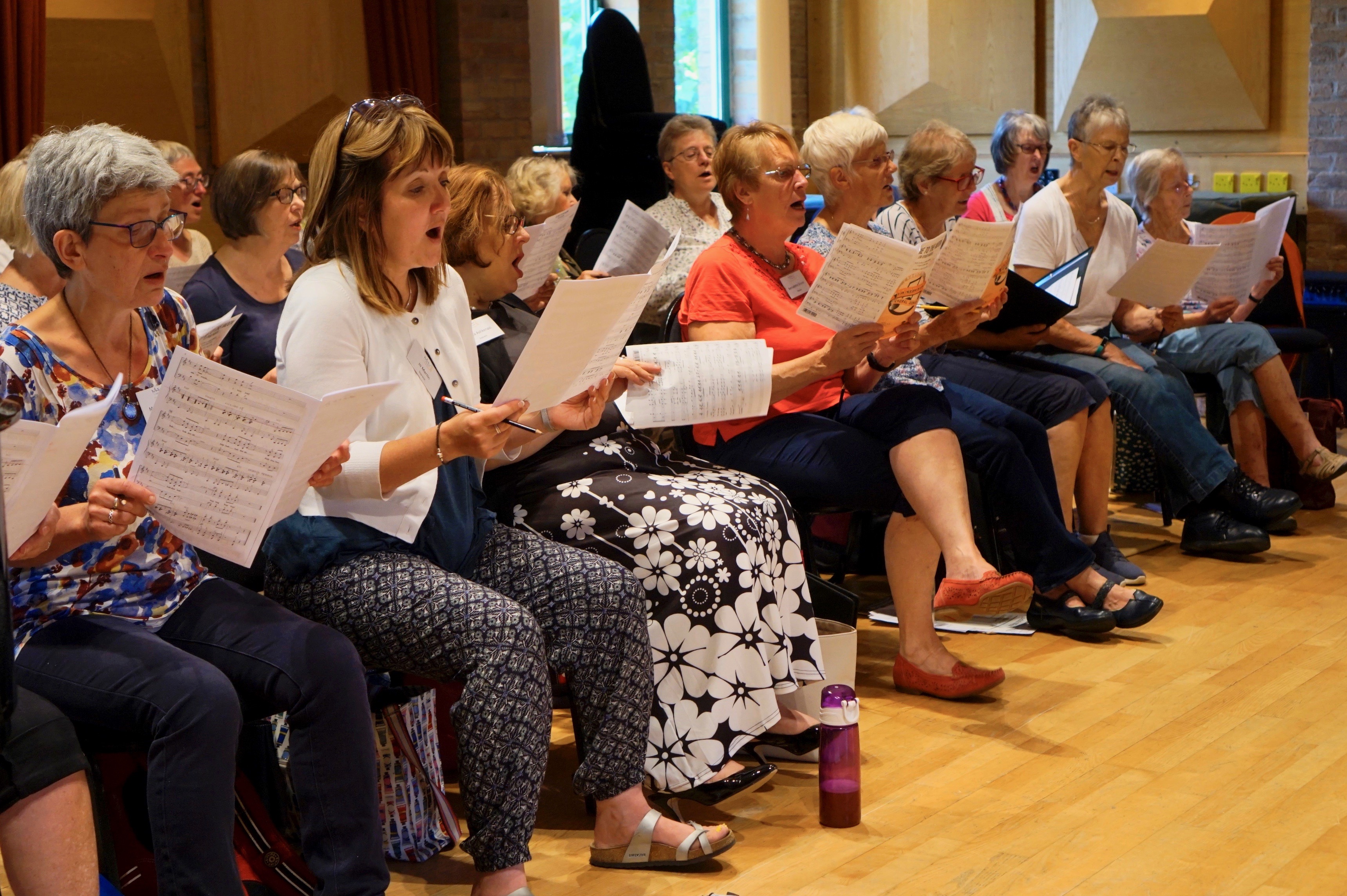 This morning Music for Everyone’s three-day Summer School got underway once more, but at a new venue – Nottingham High School. About 150 instrumentalists and singers arrived looking cheery, pleased to have overcome the absence of trams and the road closures. Or perhaps at the prospect of fresh coffee and pastries…

The day was filled with a rich variety of rehearsals and workshops in preparation for Wednesday’s concert performance. The repertoire for all groups has been themed to complement the 50th anniversaries of both the moon landing and Sir Robin Knox-Johnson’s circumnavigation of the globe.

More about the wind band and strings tomorrow – today’s focus is on the choir. Angela Kay, Music for Everyone’s founder and artistic director, led the singers through warm ups and into Ola Gjeilo’s Across the Vast Eternal Sky (one of her favourites, apparently). Then she had everyone swinging Fly me to the Moon before ending the morning with a first go at Handel’s Let their celestial concerts, superbly accompanied by Richard Cox.

Lunch was followed by a recital and workshop with mens’ vocal quartet Scaramella. They entertained us with snatches and glees from 18th century gentlemen’s clubs – as you might imagine, the lyrics featured much wine and were at times on the naughty side! The workshop stretched the singers physically and vocally, and everyone enjoyed exploring Pearsall’s poignant Lay a Garland.

After a cuppa, Jane McDouall, fresh from the south, returned to a warm welcome and led a singing technique session followed by a Q+A. Everyone will be breathing (inhaling, Jane prefers) with shoulders down and the right muscles in play tomorrow. ‘Basically,’ Jane said, ‘there’s no point trying to hold your tummy in and look good if you want to have breath for singing!’ The choir is looking forward to Tuesday’s arrival of visiting conductor and choral director, Hilary Campbell.