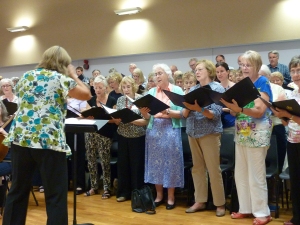 Academy, Aspley Lane, Nottingham. It’s a day of singing just for the joy of it, no concert. We’ll be writing a few blog posts before then to introduce you to the rich variety of pieces Angela and Alex will be exploring with the singers during the workshop.

Now we hope this doesn’t come as a disappointment, but when we say Romantic music we don’t mean we’ll be singing love songs all day, rather music by composers from the Romantic era of Western classical music. This pretty much encompassed the 19th century and gave rise to music full of emotion and passion, often rich in melody. (We like a good tune.) Old forms were discarded or modified and new ones created. More percussion instruments were added to orchestras, rhythms and variation in time signatures became more adventurous, as did changes of key and harmonies.

So who are the famous composers of the Romantic era? Brahms, Tchaikovsky, Rachmaninoff, Mendelssohn, Dvorak, Berlioz, Chopin, Schumann, Bruckner, Lizst, Borodin and Wagner to name but a few.

Click here to book for the Simply Romantic workshop. While you’re on the site, take a look at all the music making opportunities for 2105/16. There are new groups for adult instrumentalists, and plenty going on for music makers of all ages.